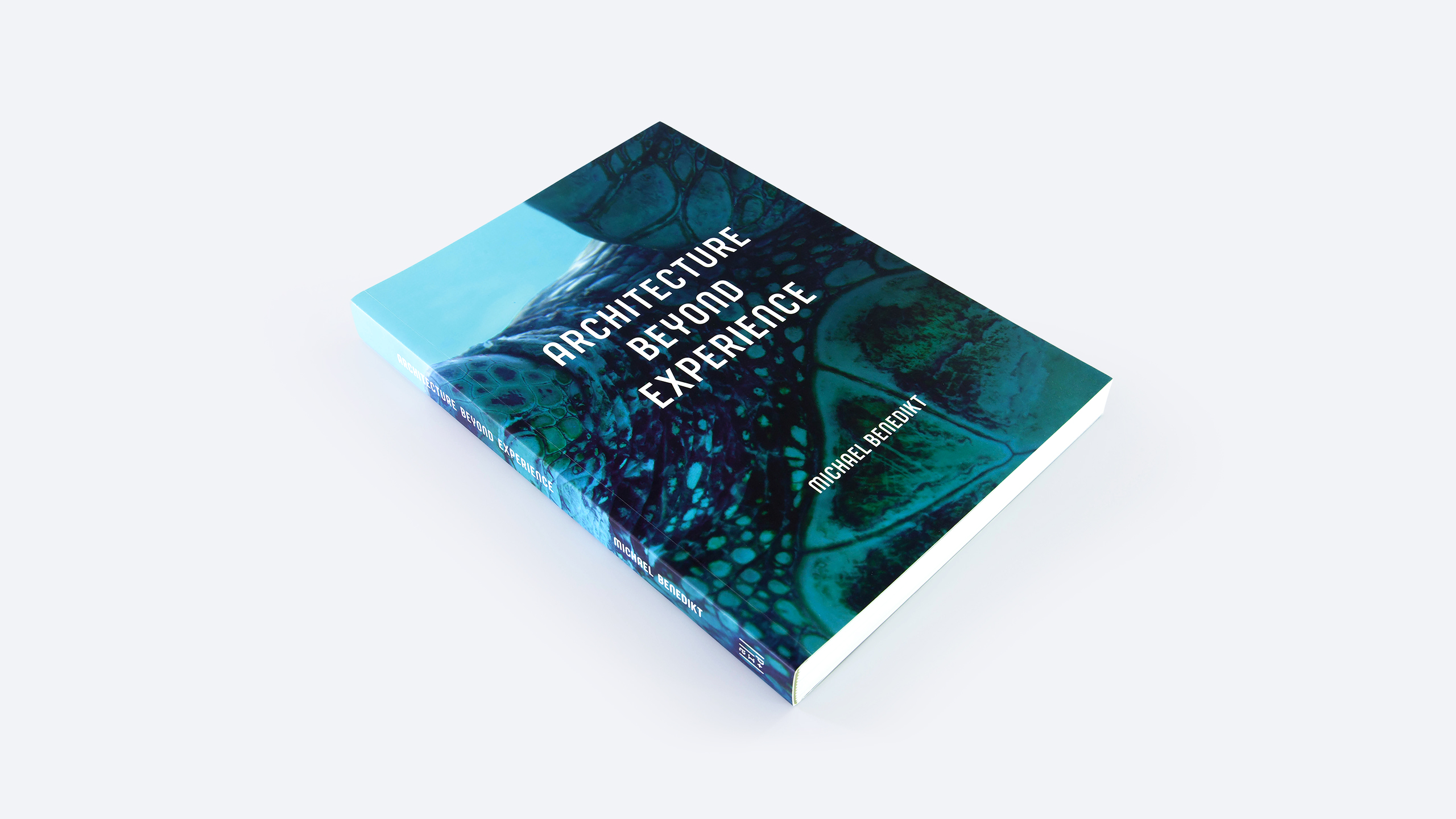 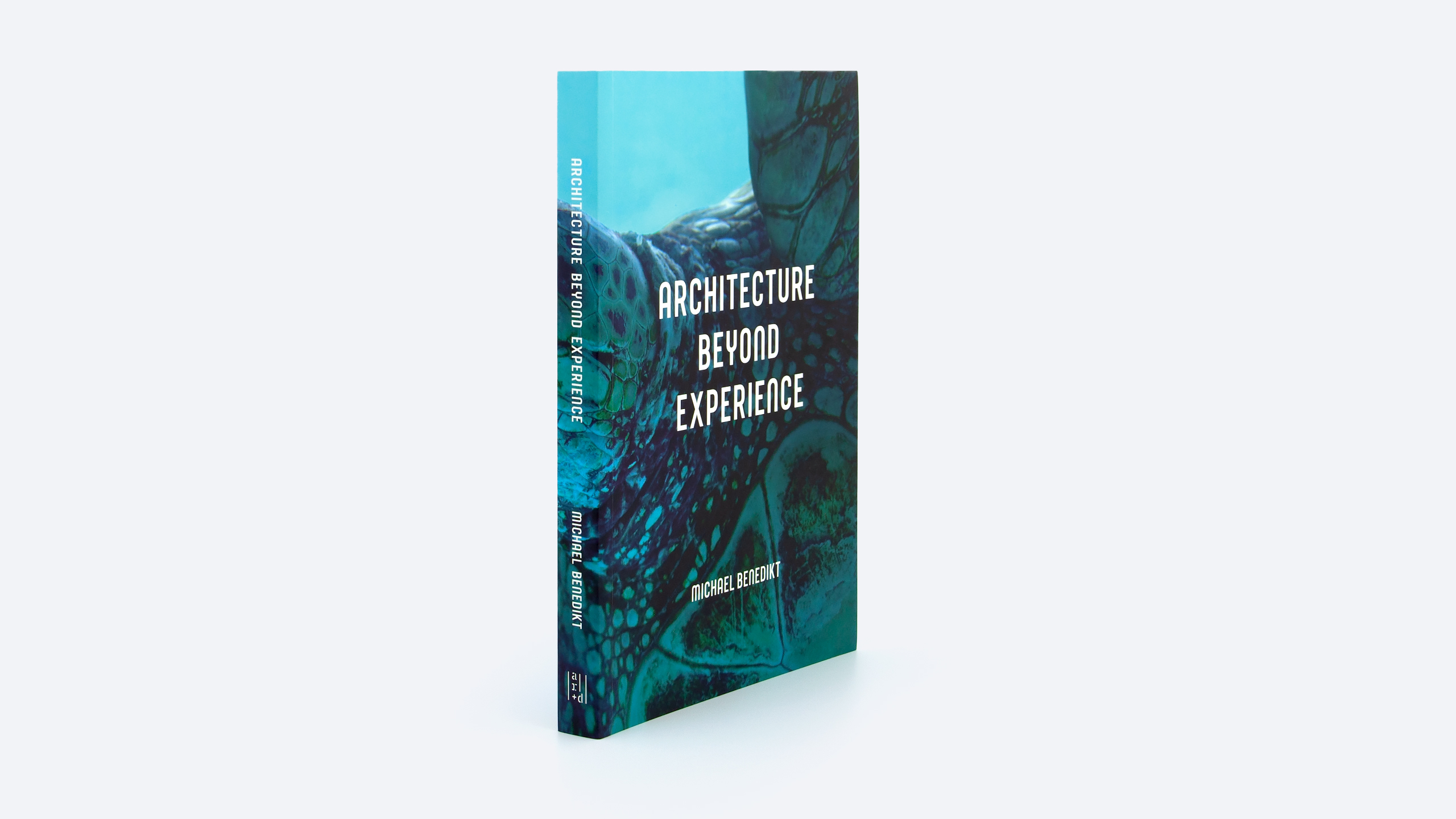 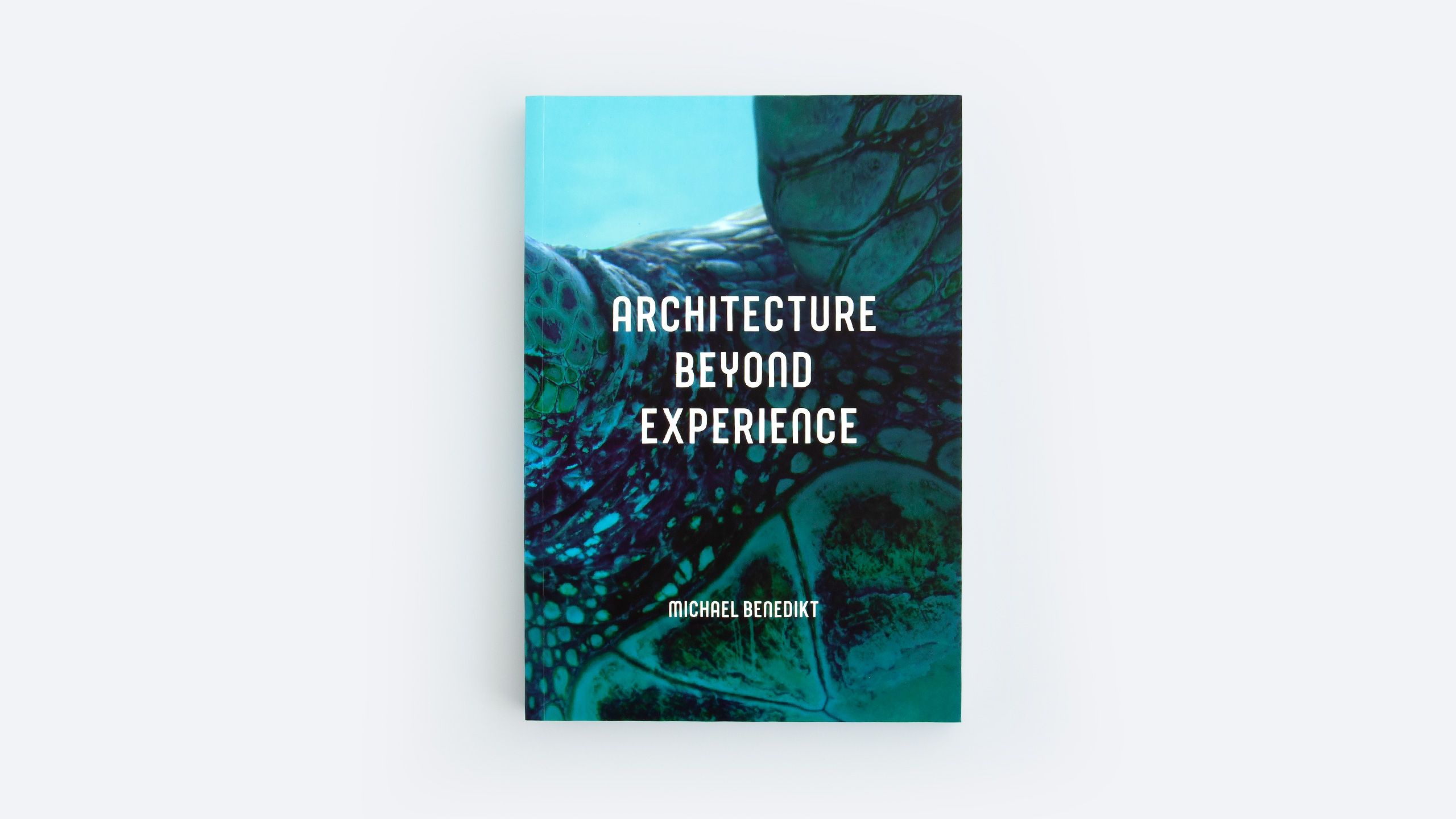 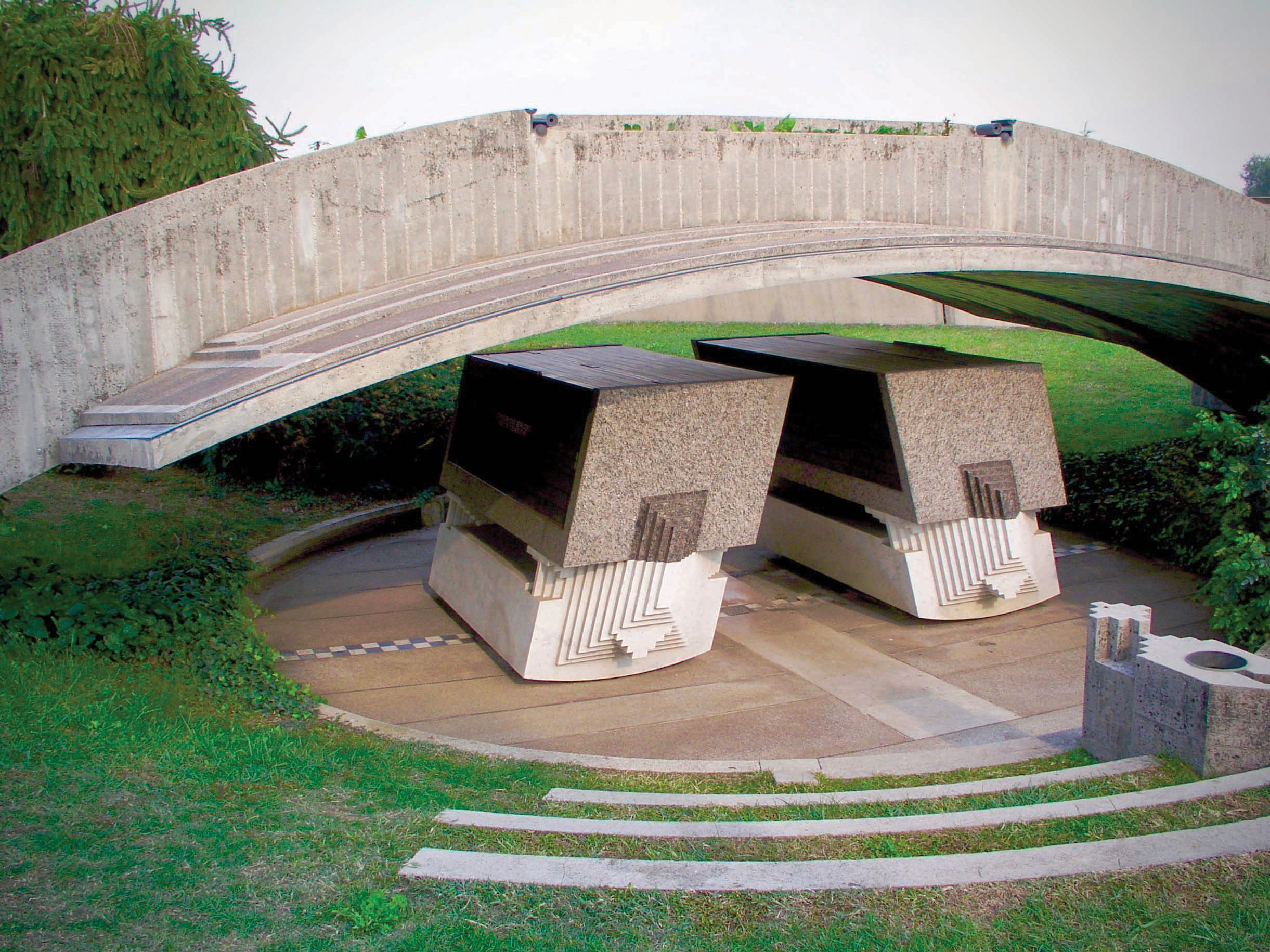 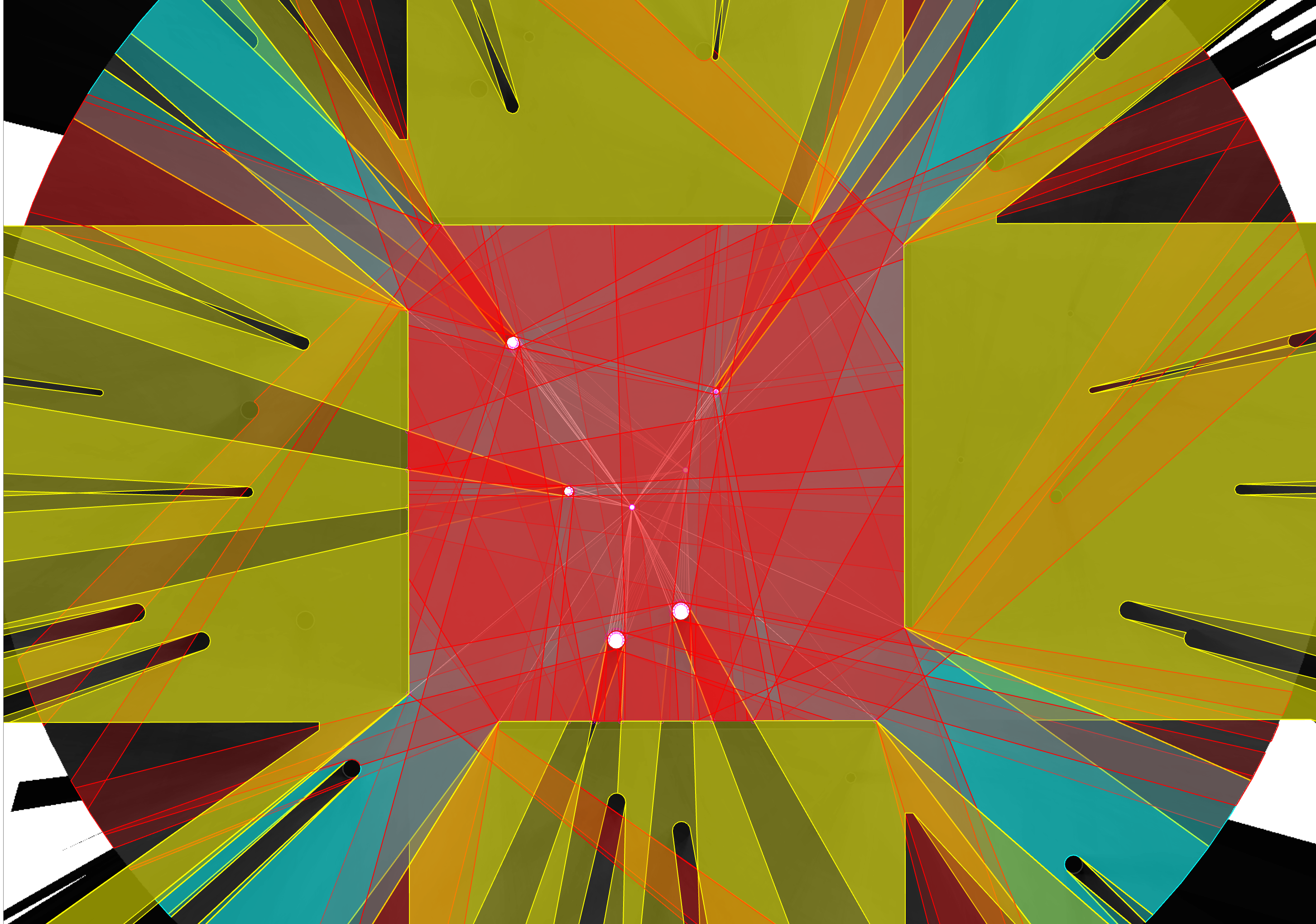 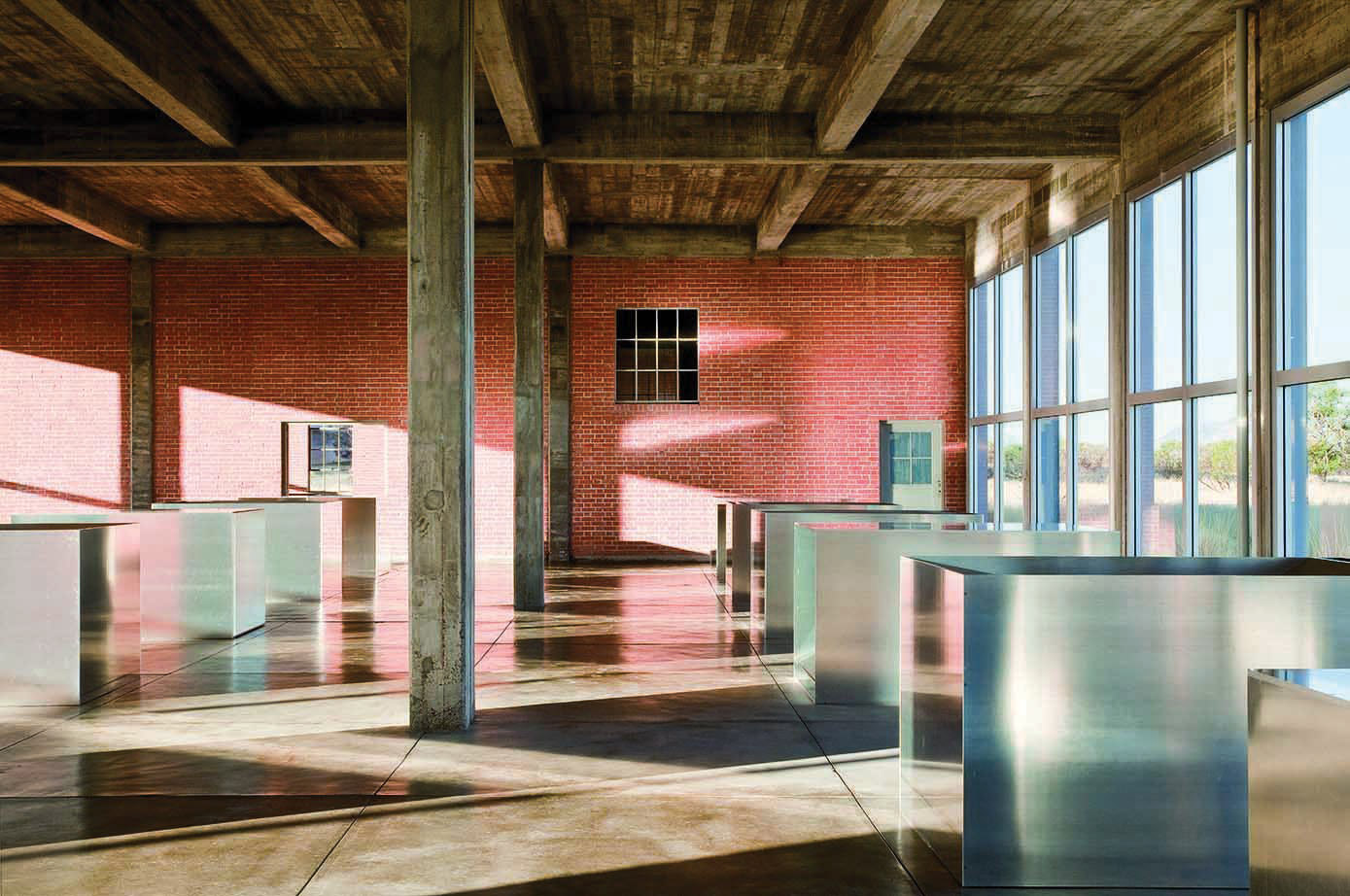 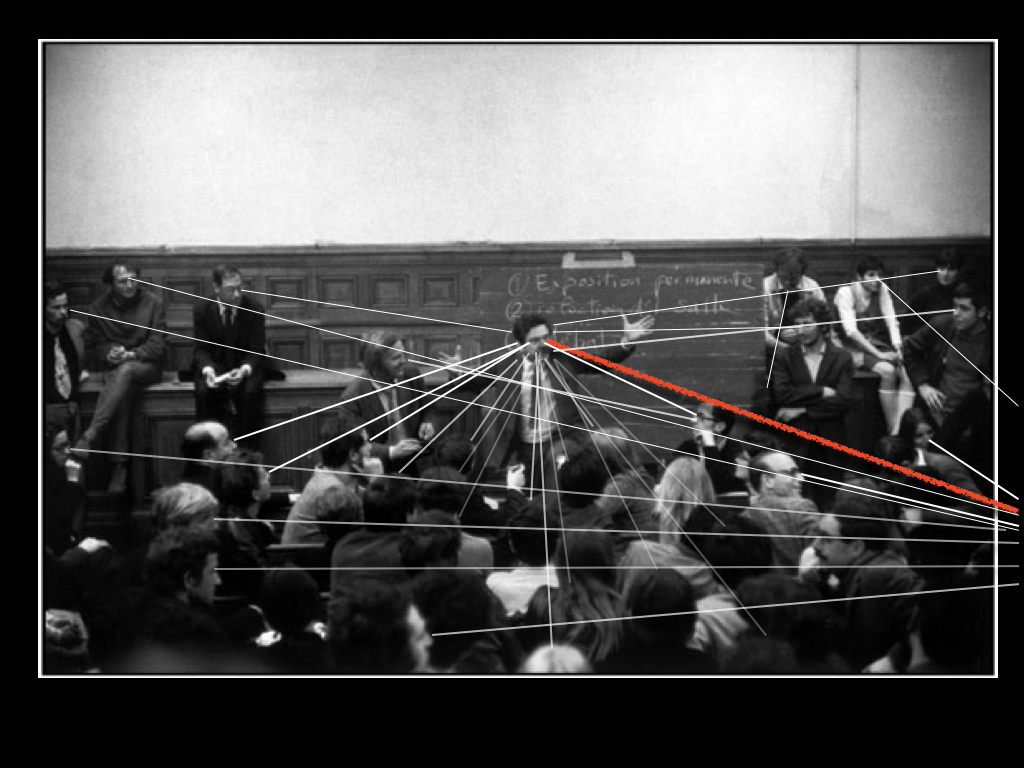 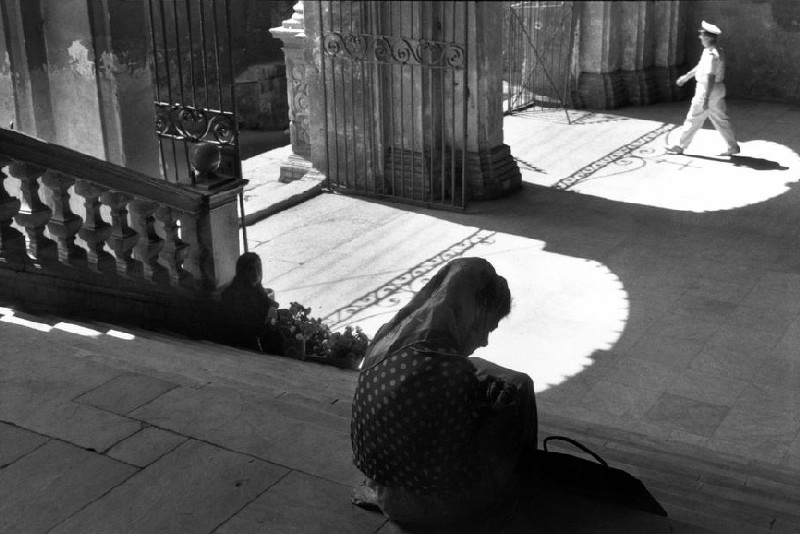 ‘Architecture Beyond Experience’ is a work in the service of one goal: the bringing about of a more relational, “posthuman” and yet humanist strain in architecture. It argues against the values that currently guide…

“The belief that what gives a building value, aside from fulfilling its shelter functions, is how its views and spaces make us feel as we move around.”

‘Architecture Beyond Experience’ is a work in the service of one goal: the bringing about of a more relational, “posthuman” and yet humanist strain in architecture. It argues against the values that currently guide much architectural production (and the larger economy’s too), which is the making, marketing, and staging of ever more arresting experiences. The result, in architecture, is experientialism: the belief that what gives a building value, aside from fulfilling its shelter functions, is how its views and spaces make us feel as we move around.
The book argues that it’s time to find a deeper basis for making and judging architecture, a basis which is not personal-experience-multiplied, but which is dialogical and relational from the start. It uses the word relational to describe an architecture that guides people in search of encounter with (or avoidance of) each other and that manifests and demonstrates those same desires in its own forms, components, and materials. Buildings are beings. When architecture, they teach as well as protect; they tell us who we were and who we want to be; they exemplify, they deserve respect, invite investment, and reward affection. These are social-relational values, values that both underlie and go beyond experiential ones (sometimes called “phenomenological”). Such relational values have been suppressed, in part because architects have joined the Experience Economy, hardly noticing they have done so. Architecture Beyond Experience provides the argument and the concepts to ultimately re-center a profession.

Combining science, ethics, and esthetics, ‘Architecture Beyond Experience’ (ABE) encourages designers to turn from “creating experience(s)” for their clients to cultivating the character of, and relationships between, Rooms, People, and Things, treated as beings in their own right.
Written for graduate students, teachers, progressive practitioners, and lovers of architecture generally, ABE will appeal also to readers of religious philosophy, art history and theory, social phenomenology, and Judaism through the lens of Martin Buber.
As a subset of the above, readers of contemporary philosophy in the area known as Speculative Realism and/or Object Oriented Ontology (a trend sweeping through architecture schools in the U.S.) will be particularly interested in the book.
ABE will also appeal to general readers who are worried about our social-media-ized, digital streaming culture, around which there is a growing, critical literature.
Finally, ABE should find a ready audience among (1) those who follow developments in Space Syntax and Isovist Theory, a community to whom the author is well known for his research, and (2) to the community surrounding the Architecture Culture and Spirituality Forum (ACSF), to whom the author is also fairly well known.
ABE has received rapturous Advance Praise from a dozen notable architects and writers.

Michael Benedikt is the Director of the Center for American Architecture and Design (CAAD) at the University of Texas at Austin, where he holds the Hal Box Chair in Urbanism, is an ACSA Distinguished Professor of Architecture, teaches design studio and architectural theory, and directs the school’s Interdisciplinary Studies master’s degree program. He is a graduate of Yale University and of The University of the Witwatersrand, South Africa. His earlier books include ‘For an Architecture of Reality,’ ‘Deconstructing the Kimbell,’ ‘Cyberspace: First Steps, Shelter: The 2000 Raoul Wallenberg Lecture,’ ‘God Is the Good We Do,” and fourteen volumes of the book series ‘CENTER: Architecture and Design in America.’

Advanced Praise for Architecture Beyond Experience

A Copernican Revolution in architecture is accomplished in this book, relocating the experiencing subject—today’s assumed center of gravity—into a constellation of non-concentric orbits, connections, and alignments that are equally social, spatial, and environmental, which is to say architectural. As engaging as it is erudite, the text adduces evidence from domains we tend to keep apart—religion, perceptual psychology, and philosophy for example—in order to deepen our understanding of architectures we thought we knew, works by figures like Aldo van Eyck, Louis I. Kahn, Carlo Scarpa, and Le Corbusier, as well as some of our contemporaries, Frank Gehry especially. Humanist in its ethics, although post-human in its approach, this book is delightfully readable, unquestionably profound, and strikingly original.
—David Leatherbarrow, University of Pennsylvania, author of Architecture Oriented Otherwise.

Michael Benedikt has travelled far to communicate the ancient, animistic dialogue of I -You as it occurs in the “person” of Architecture, in the secret life of buildings. Architecture Beyond Experience is a profoundly scholarly and ethically unselfish work. Architecture’s epistemological foundations, Benedikt argues, are found neither in its technical facticity nor in its staging of experiences, but in its fictional salutations, whispered and overheard.
—Peter Waldman, University of Virginia, author of Lessons from the Lawn: The Word Made Flesh: Dialogs Between Citizens and Strangers.

On rare occasions a book comes along that moves our thinking about the built environment in a new direction, and Architecture Beyond Experience is such a book. In an era in which architecture has become a part of the “experience economy” (as well as the concentration-of-wealth economy), Michael Benedikt reminds us that the built environment is not just about private aesthetic experiences, but about social ethical relations—among things and rooms as well as people. What matters is not what a building says of or does for me, but what a building says of or does for all, including itself by way of example.
—Thomas Fisher, University of Minnesota, author of The Architecture of Ethics

A compelling and beautiful book, full of insights. How is architecture humanistic and post-humanistic at once? What is the agency of objects, sentient creatures and buildings? Using Martin Buber’s notions of ‘I-It’ and ‘I-You’ and Michael Graziano’s theory of consciousness, Benedikt articulates a lucid attack on the solipsism behind architecture’s participation in the Experience Economy. From isovists to the ‘fabric of glances’, ‘m-branes’ and ‘presence fields’, the inventor of ‘isovists’ and ‘isovist fields’ crafts intricate webs based on visual connections among rooms, objects and people. Architecture Beyond Experience presents a refreshing view of architecture as dialogical and relational, giving priority to the life of buildings as well as to the life of the people inside and around them.
—Sophia Psarra, University College London, author of The Venice Variations: Tracing the Architectural Imagination

Michael Benedikt has long helped us understand how buildings frame co-visibility and, by implication, the ways in which we interact with others. Here he argues that if the spaces of a building have integrity of form and construction, if they communicate their relationship to each other as deliberately as they do their individual constitution, then they are more likely to support bonds between people that are more deeply felt and more formative of character than purely instrumental. This philosophically fundamental assertion becomes all the more compelling for being presented through new descriptive concepts, beautiful analytical diagrams, and carefully selected case studies. Architecture Beyond Experience is a courageous and sparklingly original book, one that affirms the power of architecture to go beyond the production of novel images and even memorable experiences to embody the moral and aesthetic underpinnings of our relationships to each other and the physical world.
—John Peponis, Georgia Institute of Technology, co-founder and leading scholar of ‘space syntax.’

This exhilarating journey through recent architectural theory shuns the self-indulgent solipsism to which phenomenological approaches often fall prey, as well as the wilder speculations of “object orientation.” In going “beyond experience,” Benedikt paradoxically offers a new and deeper understanding of experience: rather than being the prime object and outcome of architectural design endeavors, experience is allowed to emerge as a property of the relations being acted out between works of architecture themselves, their components, and the bodies and behaviors they house.
—Jonathan Hale, University of Nottingham, author of Merleau-Ponty For Architects

This momentous publication transcends the narrow framing of phenomenology in architecture as the domain of enriching spatio-sensory stimulation in the cause of augmenting personal experience, in order to reach for phenomenology’s neglected communicative aspect: the realm of interpersonal relations. It does this marvelously with an enlarged, quasi-animistic definition of what a “person” is, a “thing” is, and a “room” is. The book is highly enlightening in its treatment of philosophers of the interpersonal, such as Martin Buber, as well as in its treatment of certain art movements, such as performance art and Mono Ha. It presents novel objects of study for designers, such as “isovists,” “the fabric of glances,” “m-branes,” and “the order of shoulders,” and it ends by providing new understandings of certain canonical modern buildings—buildings the simple experience of which was always only a beginning.
—Jin Baek, Seoul National University, author of Architecture as the Ethics of Climate.

Benedikt’s provocatively-titled book is an important and timely argument against “experiential” architecture, which is designed to stimulate unique and personal experiences, and for “relational” architecture, which is designed to foster relations among the people who inhabit it. Benedikt focuses on what buildings do to affect and engender relationships, and on how rooms are first and foremost the settings for encounters with others. By calling our attention to the “fabric of glances” that occurs in any room with more than one occupant, Benedikt artfully reminds us that the relationships and interactions that take place within architecture are its principle reason-for-being.
—Robert McCarter, Washington University in St Louis, author of The Space Within: Interior Experience as the Origin of Architecture

Michael Benedikt has earned a reputation as one of architecture´s most profoundly original thinkers and with Architecture Beyond Experience he has created a foundational, boldly ambitious, and deeply lyrical work. Richly textured, light-handedly erudite and a joy to read, this book weaves metaphysics and everyday life, broad theory and its practical applications, old wisdom and current empirical science to pursue the question of what a humanist, yet post-anthropocentric architecture might look like in the twenty-first century. It is a book to be enjoyed, pondered and – with its deep insights and rich set of references – returned to repeatedly. As case studies of his relational theory, Benedikt´s close readings of buildings by Louis Kahn, Carlo Scarpa, Aldo van Eyck and Frank Gehry will almost surely change the way you see those works. They might even change the way you see architecture itself.
—Michael Merrill, Karlsruhe Institute of Technology, author of Louis Kahn: Drawing to Find Out

Wow—what a book! Benedikt builds on his impressive work on architectural realism, deconstruction, cyberspace, value, creativity and ethics with a timely, “post-phenomenological” treatise on the magic of design. In Architecture Beyond Experience, he casts buildings as sentient beings and rooms as relational subjects that crackle with social electricity. Rejecting the enticements of the neoliberal experience economy, Benedikt instead poses ontological empathy as the most effective (and affective) way for architects to operate humanely in a burgeoning posthuman world.
—Jon Yoder, Kent State University, author of Widescreen Architecture: Immersive Media and John Lautner 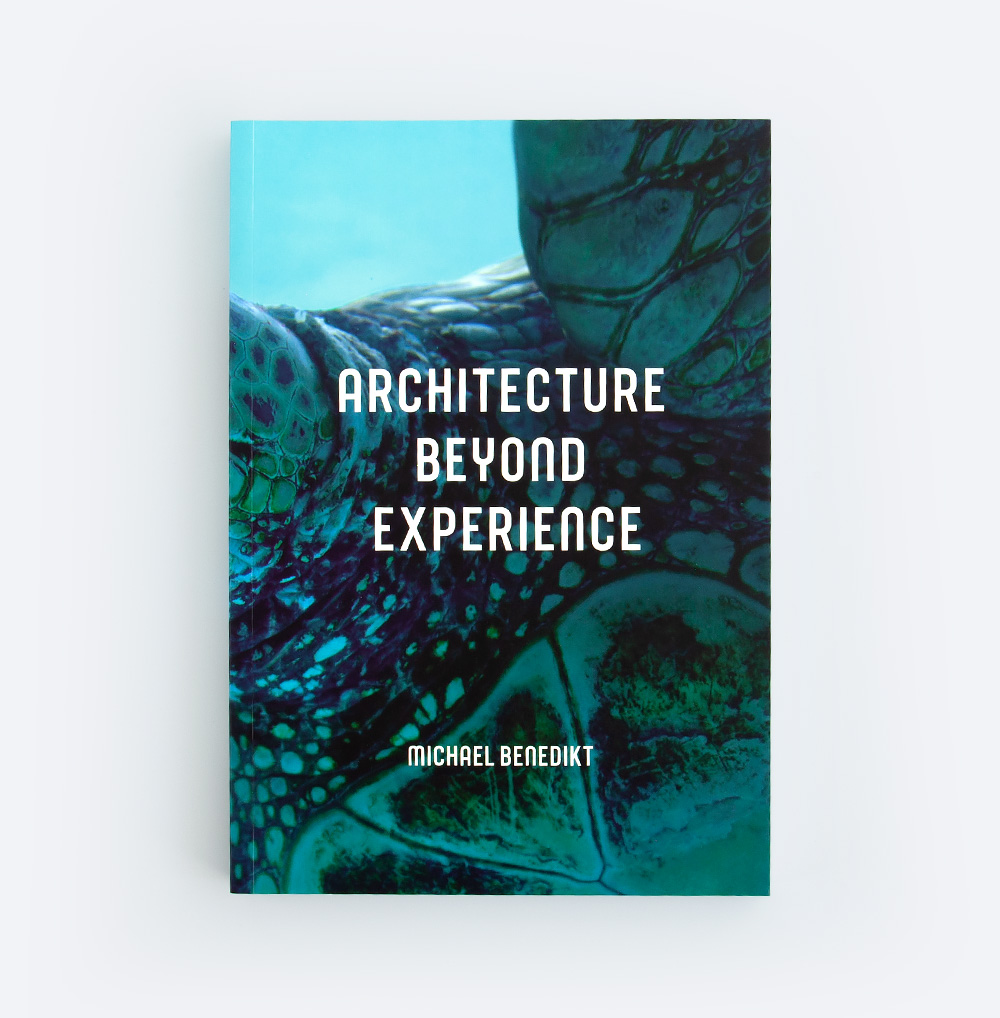 “The belief that what gives a building value, aside from fulfilling its shelter functions, is how its views and spaces make us feel as we move around.”