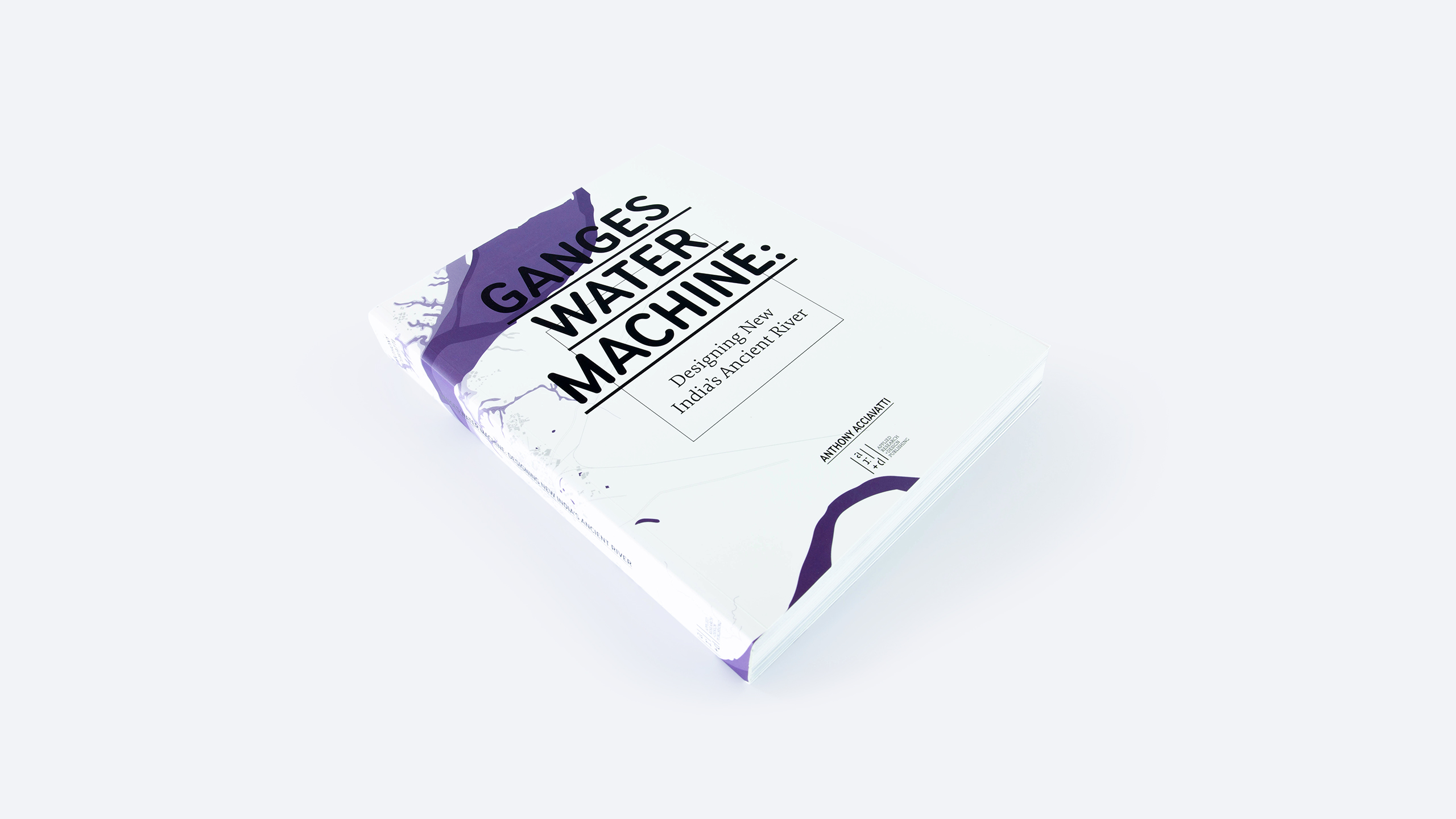 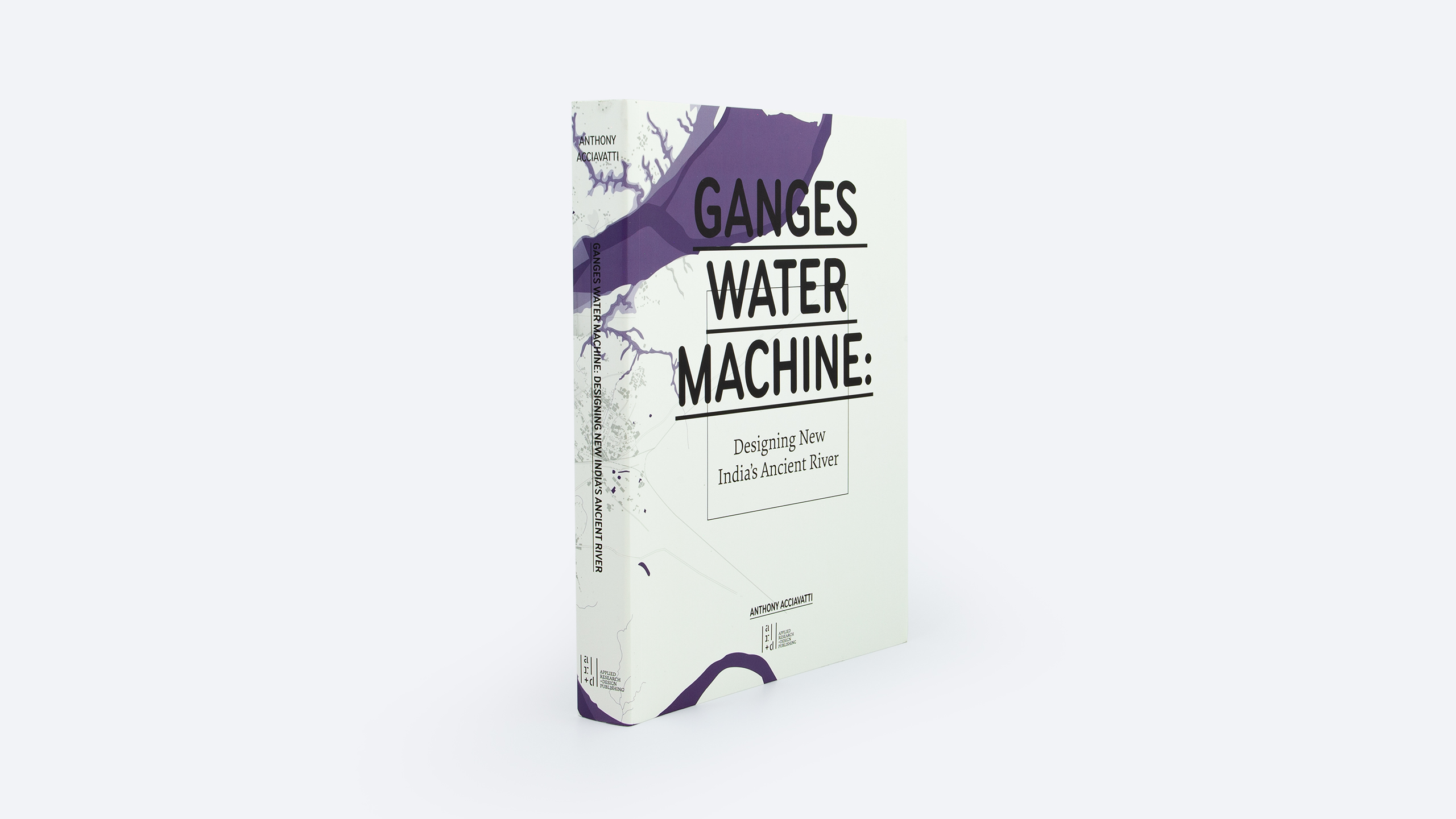 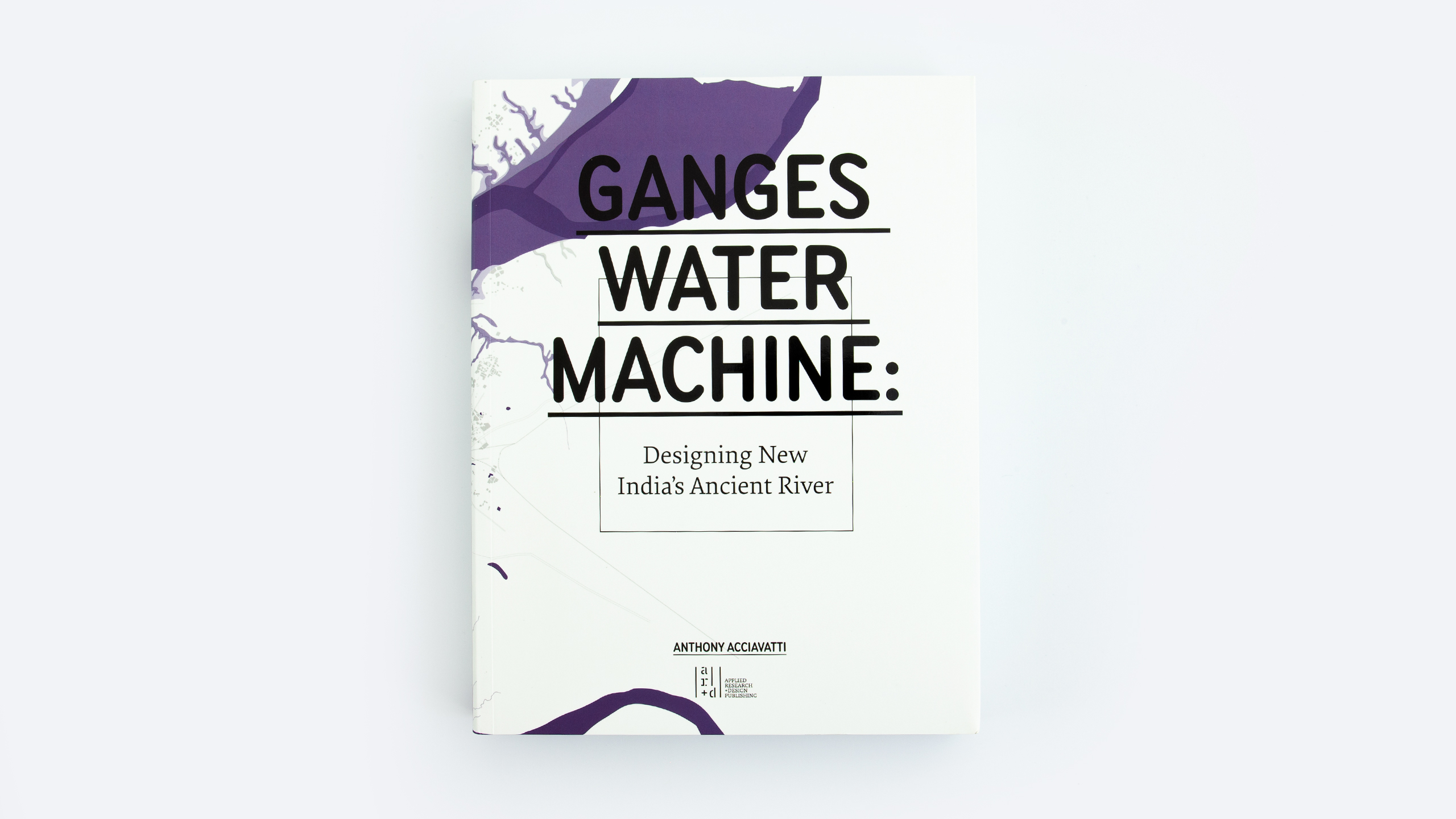 Ganges Water Machine expands the discussion of one of India’s most important natural and cultural resources: the Ganges River. It constructs a robust visual and historic archive of this most elusive watercourse—always articulating…

“This book focuses on the overlaps and juxtapositions of these three conditions: Population Density—Monsoon—Agriculture.”

Beyond the dense urbanism of Mumbai (Bombay) and the technology centers of Bangalore and Hyderabad lies the Ganges River basin: a fertile alluvial plain of 1.1 million square kilometers in area, which is today home to over one-quarter of India’s billion-plus population. While most of the basin sits within India, it extends into present day Bangladesh, Nepal, and Tibet. Not only is the area one of the most densely populated river basins in the world, but every year it also undergoes radical physical changes. With the arrival of the southwest monsoon between late-June and late-August, over one meter of rainfall drenches northern India. And, what is more, despite these drastic seasonal changes and population density, the basin remains agriculturally productive.
This book focuses on the overlaps and juxtapositions of these three conditions: Population Density—Monsoon—Agriculture. It is an atlas of built and unbuilt projects designed to transform the Ganges River basin. Since the middle of the nineteenth century, this watercourse has functioned as a laboratory to test and build a new civilization around the culture of water management. Jointly authored by human actors and their shifting natural heritage, the Ganges River basin is today a machine in which the entire basin functions as a highly engineered hydrological super-surface. This surface has been constructed from innumerable interventions operating at vastly different scales-from massive state-sponsored canals to individually-drilled wells. Because of the mixture of actors, the scale of inhabitation, and the widely varying techniques of interventions, this landscape of infrastructure requires a different kind of map.
Reaching through the very heart of some of India s most densely populated cities, small towns, industrial zones, sacred sites, and mountainous forests, ‘Ganges Water Machine’ by Anthony Acciavatti, composed of eight years of field and archival research, explores and theorizes the people and infrastructures that shaped this territory. ‘Ganges Water Machine’ is an atlas of the enterprise to make the Ganges River basin into a highly engineered landscape: it reveals the narratives and explanations that allowed engineers and planners to realize fantasies previously only imaginable on paper or in myth.

“The combination of atlas and almanac is, for me, the genius of the book.” – Rahul Mehrotra, Professor in the Department Urban Planning and Design at Harvard University and Principal of RMA Architects (Mumbai and Boston)

“Acciavatti… is part of the tradition of nineteenth century explorers like Alexander von Humboldt who wove together scientific discovery and travel narratives.” – Abitare

“Acciavatti has produced an impressive work of original research―one that should be of keen interest to the Indian government and the World Bank as they embark on their $1.5 billion cleanup of a murky, mystical river that manages to be both India’s heart and its soul.” – Architectural Record

“Through the many accounts of this fluid geography, Ganges Water Machine follows in the landscape travelogue tradition of Reyner Banham’s insightful Scenes in American Deserta (1982) and Eric Newby’s madcap Slowly Down the Ganges (1966). Like Banham and Newby, Acciavatti’s deep appreciation and critical observations are drawn from both traversing the region and studying its documented history.” – ArchDaily

In 2016 the book was awarded the John Brinckerhoff Jackson Book Prize by the Foundation for Landscape Studies.

Anthony Acciavatti, the principal investigator and author, is a graduate of Harvard University Graduate School of Design, and a principal of Somatic Collaborative, an award winning architecture and urban design practice in New York City. He has taught at Columbia University, Rhode Island School of Design, and Northeastern University. For almost a decade, Acciavatti has traveled by foot, boat, and car documenting the expanse of the river Ganges, from its source in the Himalayas to the historic city of Patna nearly 1,000km down stream. A J. William Fulbright Fellowship as well as grants from the Ford Foundation and Harvard University, amongst others, have supported his work on the Ganges. 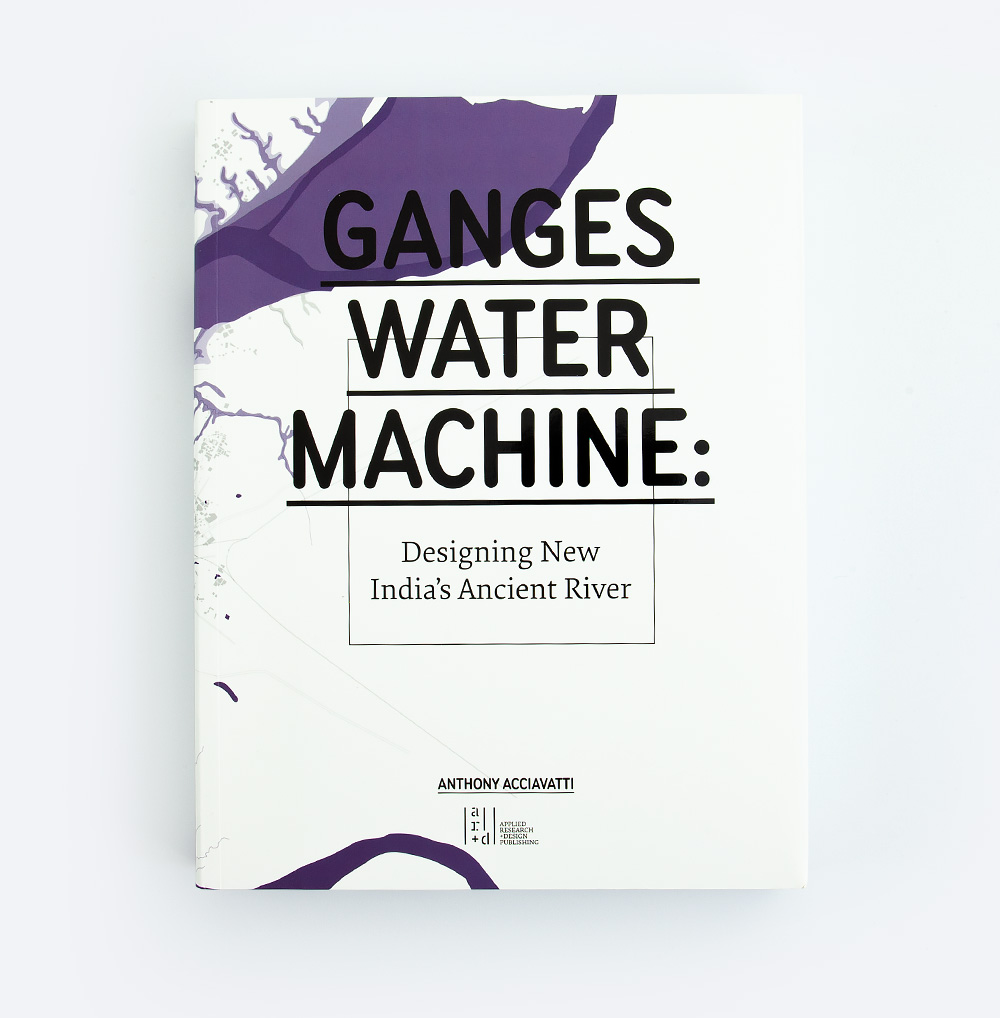 “This book focuses on the overlaps and juxtapositions of these three conditions: Population Density—Monsoon—Agriculture.”